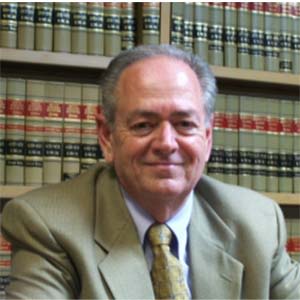 In 1979, he joined the firm where he has practiced continuously since that time.  Mr. Smith has 42 years of experience in both litigation and office practice with a current emphasis on corporate and business law as well as real estate, estate planning, and probate.

In his transactional practice, Mr. Smith has assisted many clients in buying and selling businesses and real estate, complex loan transactions, business formation, and corporate governance, and maintains a substantial banking practice with an emphasis upon foreclosures and collections.

Mr. Smith’s practice includes estate planning such as trusts and wills as well as a large probate practice including guardianships, conservatorships, and decedent’s estates.  In addition, he represents many local businesses and non-profit corporations.

He is always giving back to his community by devoting time to civic and charitable organizations, previously serving as Chairman of the Board of Skaggs Regional Medical Center now known as Cox Health Branson.